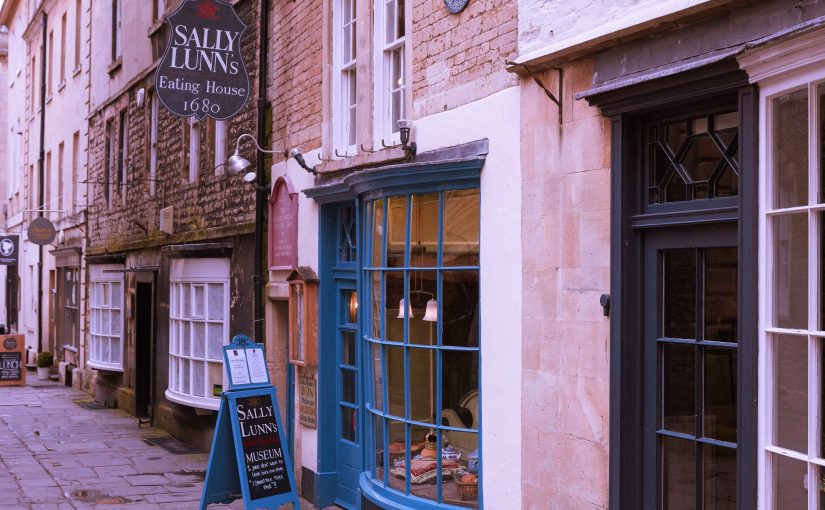 Hidden down one of Bath’s quaint cobbled lanes is the oldest dwelling in the city, established in c.1482. This historical site has been the home to the original “Bath bun” since 1680, when Sally Lunn – the inventor of this regional speciality – was employed in a bakery on the premises.

Story has it that a young Huguenot refugee, Solange Luyon, came to Bath from France in 1680 to escape persecution. She found work in the bakery on what was known at the time as Lilliput Alley. In addition to selling the baker’s wares from a basket, Sally Lunn – as she came to be known, an anglicised version of her name – had a special talent for making a unique brioche bun in the French tradition, resembling French festival breads.

The bun quickly became popular in Georgian England, with customers soon coming to the bakery just to request the unusual delicacy that could be served with either sweet or savoury accompaniments. The bun became known as the “Sally Lunn bun” or “Bath bun” and today is legendary the world over.

McKinlay Kidd now offers two new itineraries to Bath in 2018. Take a look at Explore Britain by Train and Classic England by Train.