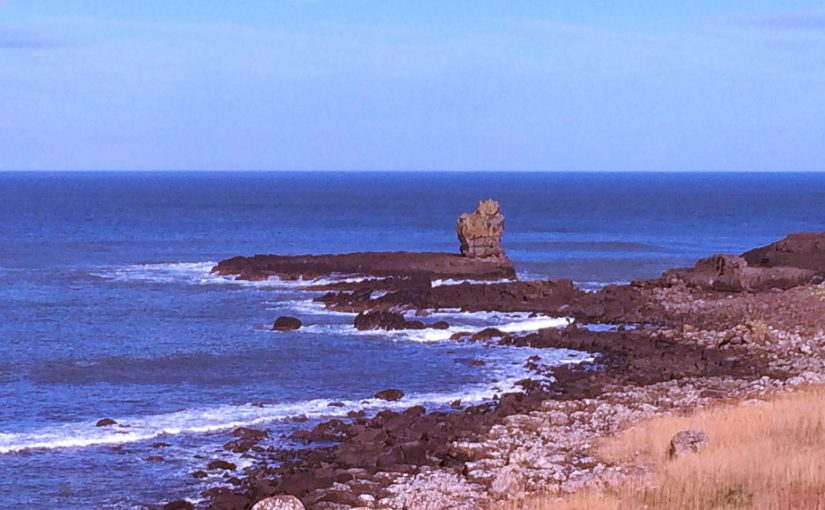 As the ferry set off from Cairnryan in Scotland I felt a certain sense of trepidation and excitement about this venture. My destination was Belfast, a city only around 100 miles as the crow flies from my home in Glasgow, yet I had somehow managed to visit far-flung destinations such as Darwin in Australia’s Northern Territory, Ushuaia in Argentine Patagonia, Sapa in Northern Vietnam and Cape Maclear on Lake Malawi in Southern Africa before making the short voyage across the Irish Sea.

On disembarking I enjoyed an incredible week walking beautiful windswept coastal pathways, being blown away (literally!) by the myths and legends of the Giant’s Causeway, standing in awe of the country’s industrial past as symbolised by the new Titanic Centre in Belfast and, of course, sampling the food and drink that has made this part of the world so famous. We sampled incredible seafood on Carlingford Lough, steak and Guinness pie in Dublin and a particular favourite of mine was the classic Eggs Benedict with an Irish twist – soda bread instead of an English muffin!

What really stood out for me (apart from the delicious food!) was the friendliness of the people in Ireland, both north and south of the border, and their eagerness to show off all their beautiful island has to offer. I learnt about its culture, way of life and often turbulent history by staying at small, family-run places and getting a chance to really engage and interact with local people rather than being whisked from one bland chain hotel to another. I sampled the local cuisine and Irish whiskey by visiting the places where it is made and speaking to people who share the same passion for locally sourced, sustainable produce. I discovered a land changing quickly, which is keen to celebrate its past but also looking forward to new industries – be it tourism or film production.

This was an unforgettable trip and I am really looking forward to helping our clients see Ireland differently.