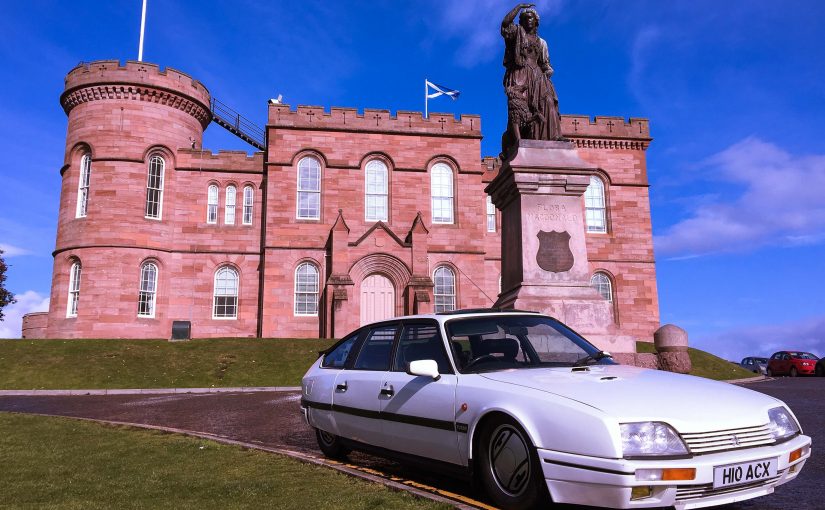 Drive the North Coast 500, Scotland’s acclaimed 516-mile touring route around some of the country’s remotest parts, and chances are you’ll end up in conversation with a fellow traveller, who’ll tell you ‘Oh, we’re doing it in two days!’.

Now, this is entirely feasible, but, in my opinion, can’t be much fun. That’s why I set out in October to see how much I could eke out of the route across eight days, a much more leisurely pace.

Starting in Glasgow, I made my way to Inverness for the official start point at Inverness Castle, the red sandstone structure standing watch over the Highland Capital. A quick photo opportunity and off I went. It felt good to be having a go at the route without any thought of hurrying or of time pressures.

Out of Inverness, skirting the Beauly Firth with Kessock Bridge in the distance, time to sort out lunch. The pretty town of Beauly seemed as good a place as any and I found a terrific little bistro serving good seafood chowder. I would have had a photo to illustrate this, but I dropped my iPhone in my soup, much to the amusement of my fellow diners.

On the road again and heading north on the A9, I took a detour off to the right to visit Nigg on the north shore of the entrance to the Cromarty Firth, met by a dramatic scene with darkening clouds overhead and looming oil rigs in the background.

Wending my way back towards the A9 through tiny hamlets like Balintore, Cadboll and Portmahomack, then the sizeable town of Tain, famous for whisky production, it was time to head for Dornoch, for my first night’s stop. Good to see a new artisan chocolate producer here since my last visit, so a hot chocolate was a must before a stroll around the cathedral and the steps that take you up to footpaths above this prettiest of Highland towns.

Unable to sit still for long, and with light ’til 8pm at this particular time of year, I took the car out again and followed my nose along the A949 that edges the Dornoch Firth, through Spinningdale and on to Bonar Bridge, turning right here to take the rising road to Loch Migdale – a new loch for me.

Next morning dawned bright, and after a quick jog on the ‘Royal’ golf course I got back on the road. First stop, Dunrobin Castle and Gardens – you can take a train here on the way to Thurso – for a quick look at the ramparts and the old cannons standing watch over the entrances.

There are few things I like more than a tiny harbour, and Helmsdale’s fits the bill. I was able to get the car right to the edge, next to bobbing sailboats and tiny fishing vessels. The ‘Emigrants Monument’ is here, too, a moving tribute to those who fled their homes in search of ‘freedom, hope and justice’.

I love this part of the A9, with its long straights, sweeping curves and tight, corkscrewing, rising hairpins all the way to Latheron, where I pick up the A99, the road to the ‘proper north’ of Wick and, eventually John o’ Groats – a ‘must-tick’ on any keen travellers list and the gateway to the majestic north coast.

More of that later…

Words and images by Chris at McKinlay Kidd, November 2017

Also by Chris: On The Road in an Aston Martin