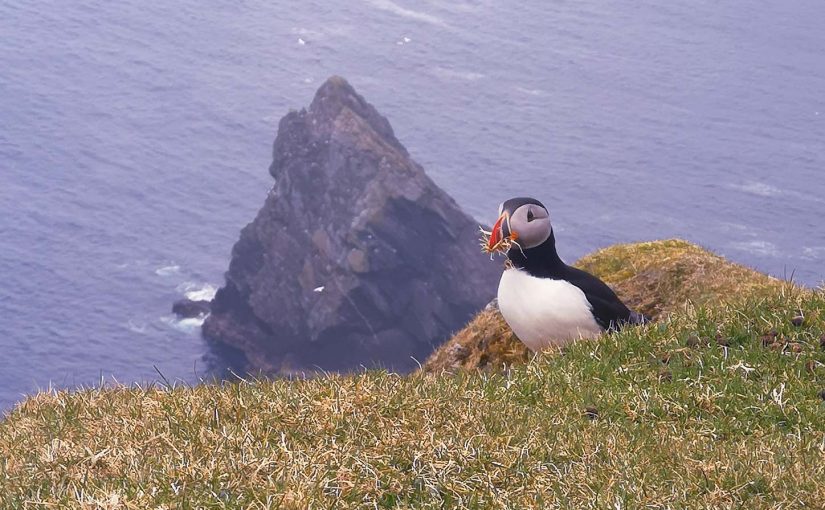 “We’ve decided to turn back. The path disappeared into the fog so we decided to stop before we went too far. Have fun though!”

I have to admit, this news was a little disheartening. My colleague Rhona and I had just arrived on Unst – Britain’s most northerly island, accessible via ferry from mainland Shetland. After a successful morning spotting some of archipelago’s extensive birdlife the day before at Sumburgh Head – the southern tip of the mainland – we had decided to head to Unst with one goal in mind: to spot some elusive puffins. With over 50,000 breeding pairs calling Hermaness Nature Reserve (situated in the north-west of Unst) home in the summer months, we thought this could be our perfect opportunity.

Admittedly, it was a little colder and foggier on Unst than we had been used to over the last few days – unsurprising given its geographical location. In spite of the advice of our fellow explorers, we decided to forge ahead and continue along the path, determined to achieve our goal.

The landscape on the Shetland islands was quite unlike any I had experienced before. Centuries of erosion and changing climate has created a complex terrain – peaty bogland melts into heathery hills, and blinding white sandy beaches can appear before your eyes at any moment. Unst certainly fitted into the first of these three, and shortly into our walk, the fog cleared and our vast surroundings were revealed.

After a leisurely walk, it seemed as if by magic we were at the end of the well-maintained path. A short walk further, and slowly but surely jagged seacliffs unfolded before us. The panorama was staggering –looking out, there was nothing ahead but the vast, endless ocean. Wave battered crags stood in clusters beneath us, and it was clear from a brief look down that there were countless little areas of seclusion – perfect for a variety of birds to build their nests.

Cautious due to the height of the cliffs, we took a few reserved peeks over the side – no sign of puffins. We walked a little further, but still nothing aside from a few gulls. I was slightly dismayed – surely we would see at least one?

Then, as if responding to our wishes, our sought-after little birds began to appear. We spent the next hour observing around a dozen puffins, snapping photo after photo of them continuing on with their daily routine, entirely unbothered by our presence. We saw puffins dipping in and out of their burrows with freshly collected supplies for their nests, swooping off into the unknown to catch their latest meal and, rather sweetly, a young couple tapping beaks on the cliff’s edge.

We eventually managed to tear ourselves away from our front-row seat, heading back along the path and straight to Britain’s most northerly tearoom for some lunch and hot drinks, taking some time to warm up and reflect on our experience. Equally as enjoyable as the wildlife watching was the fact that we had the experience entirely to ourselves – both the path, and the cliffs themselves were entirely devoid of any other people the whole time. It was a truly special day – I am very glad we didn’t turn back!

McKinlay Kidd offer a number of holidays to Shetland, including self-drive and fly-drive options, and the chance to visit Orkney at the same time. For more information, please give our team a call on 0141 260 9260 or visit our website. 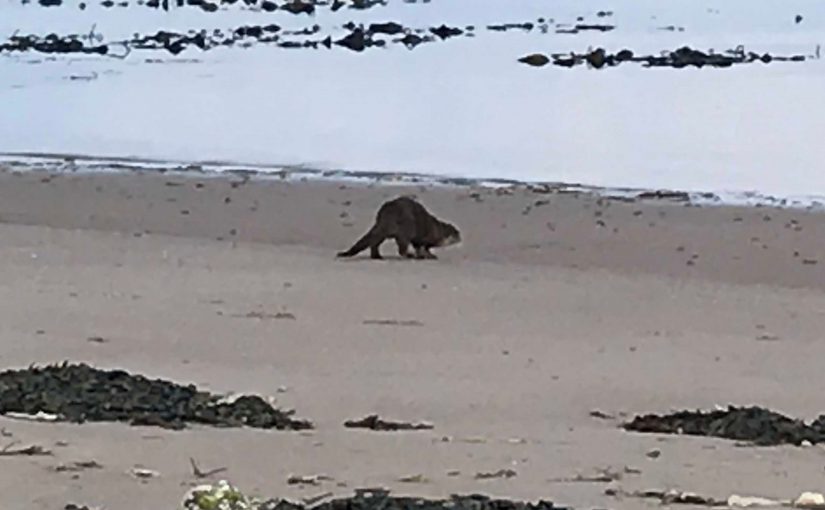