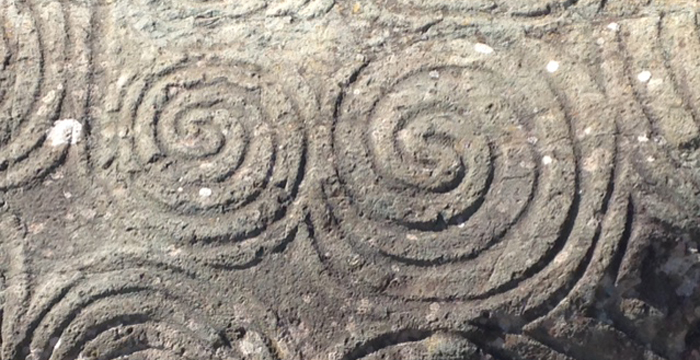 Last week Bord Failte (the Irish Tourist Board) revealed their latest key initiative – “Ireland’s Ancient East”  – which follows on from the “Wild Atlantic Way”, launched in 2013. This new concept is not a touring route, but rather a project to promote the history and culture of those parts of Ireland which are neither Dublin nor Atlantic – the bits that many visitors simply drive through on the way to Cork, Kerry and Connemara.

I am very positive about the idea, as outlined to the travel trade in Dublin last week. There is no doubting the rich history that can still be seen in these parts of Ireland, spanning Neolithic, Pre-Celtic, Viking, Norman and Anglo influences. After the event Heather and I visited the Boyne Valley and Bru na Boinne – otherwise known as Newgrange. If being able to actually walk (slightly stooped!) into a structure built over 5000 years ago, one built in perfect alignment to the winter solstice, totally waterproof, yet consisting of stones and turf alone – was not impressive enough, just hearing how this special place had been celebrated through ancient oral traditions, including those associated with my own favourite Irish Hero – Cú Chulainn, the “Hound of Ulster” was pretty awe-inspiring.

Yet this is just one of the hundreds of places to visit across the island – and one of the most accessible. If the concept  of “Ireland’s Ancient East” is sufficiently resourced, and focuses on working with local communities to help them protect and promote the lesser known sites, it will be a great success.