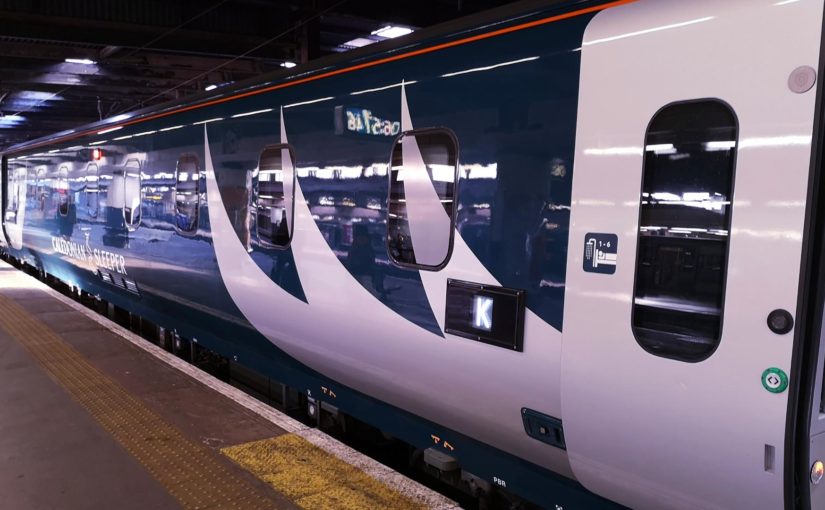 There is something magical about going to sleep in one place and waking up in another – especially if your destination is entirely different to your origin. I have always loved the romance of sleeper train travel, which takes you back to the golden age of travel; when the journey was just as important as the destination. Having experienced memorable overnight trains in Europe, Asia and South America, I was excited to sample the offering closer to home – this time from Glasgow to London via the brand-new Caledonian Sleeper trains introduced in 2019.

The late departure of the Lowlander service meant I was able to enjoy Friday night dinner and drinks with friends in Glasgow’s trendy Finnieston district before a bracing evening walk to the railway cathedral of Central Station. It felt odd to be arriving for a train to London when everyone else was starting to head home after a night on the town! I was greeted on the platform by my friendly Caledonian Sleeper host, who showed me to my Club Cabin. I was immediately struck by how great a job the designers did with such a small space. In each Club Cabin, you not only have your bed, but also luggage storage space and, crucially, an en-suite WC and shower – a game changer as it means you can avoid the awkward scuttle down the corridor to the communal loo in the middle of the night!

As the train slid out of Glasgow Central, I settled onto a bar stool in the Club Car to sample a ‘wee dram’ of Scotch whisky and a selection of Scottish cheeses – what a civilised way to start a journey. The menu offers a varied selection of the best of Scottish produce and is very reasonably priced when compared to other trains in the UK. As we began to chug through the Scottish Lowlands, I decided to retire for the night and sunk into my Glencraft mattress, the gentle ‘clickety-clack’ of the train soothing me to sleep.

I woke up shortly before arrival into London’s Euston Station, making sure I had time to enjoy the slightly odd feeling of showering on a moving train! After getting dressed, I made my way to the Club Car once more, this time for a tremendous breakfast of Eggs Royale with Scottish smoked salmon.  On arrival at Euston, I waved goodbye to my host and decided to take advantage of the early arrival into London. As it was a crisp Saturday morning in winter, the streets were deserted and so I ventured south walking from Euston all the way to Embankment. As I gazed at the London Eye and Houses of Parliament, I reflected on a unique travel experience I’d had – one which offers an efficient, convenient and sustainable way to travel between Scotland and the heart of London.

If you would like to experience the Caledonian Sleeper for yourself, McKinlay Kidd’s Luxury Skye and Highlands by Sleeper holiday includes a return sleeper journey from London to Rannoch, plus four nights in small four and five-star hotels and private guided tours of Perthshire, Skye & Inverness. For more information – or for a tailor-made holiday proposal – please visit our website. 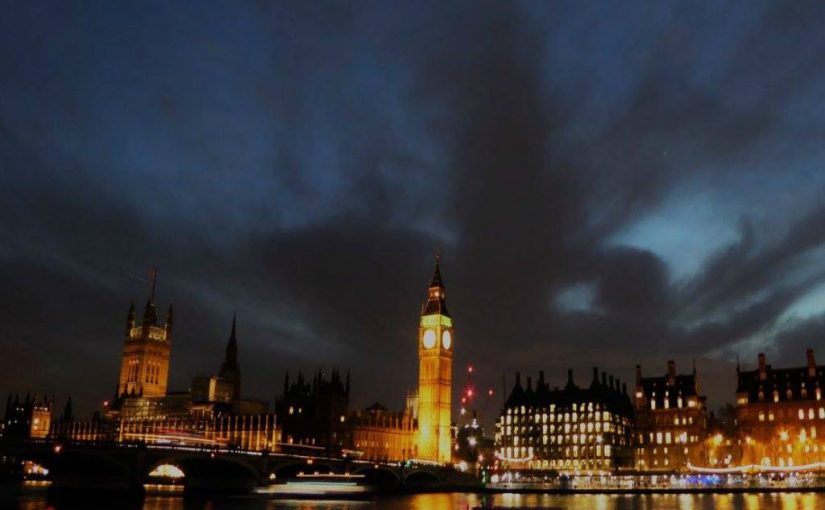 The writer Dr Samuel Johnson once said ‘when a man is tired of London, he is tired of life’, and I certainly have some sympathy with his argument. Like many young Scots and others from around the globe, I found my way to this innovative city straight after finishing my university studies and ended up spending most of my 20s there.

The term ‘global city’ is banded about quite a bit these days but London really does live up to this title.  Within the city 300 languages are spoken on a daily basis, and almost 40% of the population were born outside the UK. You have the opportunity to dine in restaurants offering every conceivable global cuisine, shop at markets with goods from all over the world and mingle with people from every country you could think of. However, although a cultural melting pot, you are also never far away from the quintessential ‘British’ experience in London, be it the changing of the guard at Buckingham Palace, glimpsing of a red telephone box at the end of a handsome Victorian terrace, or passing police officers in their traditional custodian helmets.

Last weekend I made one of my frequent visits back to the metropolis to see friends and catch up with the dizzying pace of change in this global city. Since departing back in 2014, I have seen many changes and one of my great joys comes from re-visiting familiar haunts to see how they have developed since I moved on. As such a large city London can seem intimidating, especially for a first-time visitor. Some advice I was once given is to think of it not as one large city,  but rather a collection of villages, each with its own main street, station, community and distinct character, and I find this very useful. The only way to see London is by exploring each of the individual neighbourhoods so you can really get under the skin of the city and see what makes it tick. For this reason I would recommend that rather than take the famous London Underground to get from A to B, you should walk where possible or alternatively sit on the top level of one of the city’s iconic red double-decker buses to get a bird’s eye view of the skyline.

Here at McKinlay Kidd, we know London intimately and our speciality is advising you on how to discover the city beyond the tourist clichés. We always include the more quirky and lesser known attractions and a specially curated art trail for all of our clients who will be visiting London as well as our own personal recommendations and favourite restaurants. We work with a small collection of family-run, original hotels in some fantastic central locations and can also set you up with one of our local guides for the day. London is at the centre of the UK and Ireland’s transport network so lends itself perfectly for a stopover at the beginning or end of a McKinlay Kidd holiday in Scotland, Ireland or elsewhere in England.

So the question is this; if I love it so much, why did I leave? Like all truly global cities, London does face challenges, notably the high cost of living and exorbitant housing prices. I made the decision to return north of the border to buy my own property and be closer to family, and I don’t regret it at all. At times like last Saturday though, as I sat sipping a gin and tonic with dear friends overlooking the Thames, I do feel incredibly lucky that I got to spend some of the best years of my life in this amazing city.