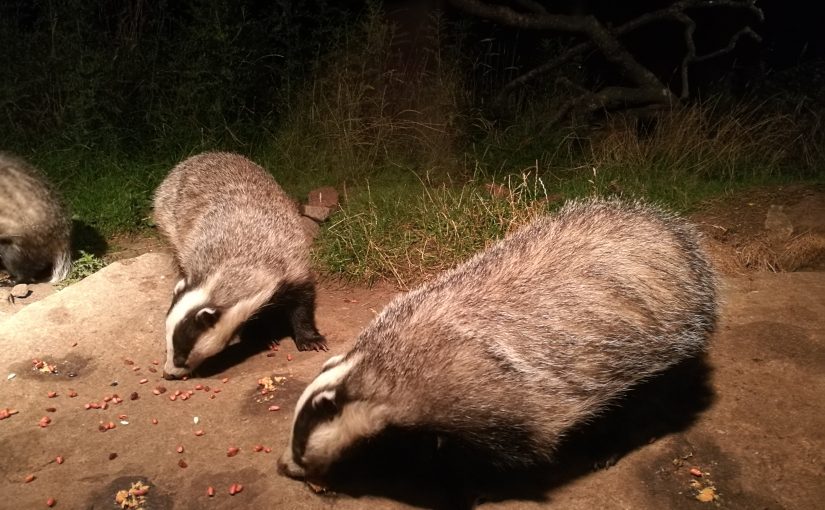 Being brought up in a small village in the heart of the Northern Irish countryside means I have many fond memories from my childhood that feature local wildlife. Walks at dusk along the country lanes to spot bats with my dad were common, while foxes and grey squirrels were frequent visitors to my grandparents’ garden.

For these reasons and more, I was delighted recently to have the chance to spend a weekend getting up close to the wildlife of the Cairngorms National Park – the largest national park in the UK. Spanning over 4500km, there are enough activities to last a lifetime – unfortunately, we had just one weekend to do as much as possible! I felt a sense of excitement building as I found myself surrounded by towering peaks and emerald forestry on our drive into the Highlands. Although I love living in a vibrant city like Glasgow, it is true what they say – you can take the girl out of the countryside, but you can’t take the countryside out of the girl!

Our wildlife sightings began early into the trip, as we scaled the mighty Cairn Gorm Mountain on the railway funicular. As I was gazing out of the window with the landscape opening up around me, I noticed a flash of movement from the corner of my eye. A young deer was scampering down the slope! I always find it so thrilling to see deer in the wild – little did I know that this was just the beginning of my day’s sightings.

After a quick bite to eat and a wander around the village of Carrbridge, we were ready to explore a small section of the national park on foot. Our choice for the day was Loch an Eilein. One of the quieter lochs in the Cairngorms, Loch an Eilein is unique due to the small island sitting off the shore, featuring the ruins of a crumbling castle. Before our walk even began, I was greeted with an unforgettable sight– a trio of red squirrels in their natural habitat. Each was happily munching on some nuts and completely unbothered by our presence as we furiously snapped some photos – unsurprising really as this encounter took place in the car park! This was the first time I had ever seen a red squirrel, aside from a fleeting glimpse while driving on the Isle of Arran. We didn’t see any more during our walk, but as we strolled through dense forestry on the loch-side in bright sunshine, I was sure they were around somewhere. 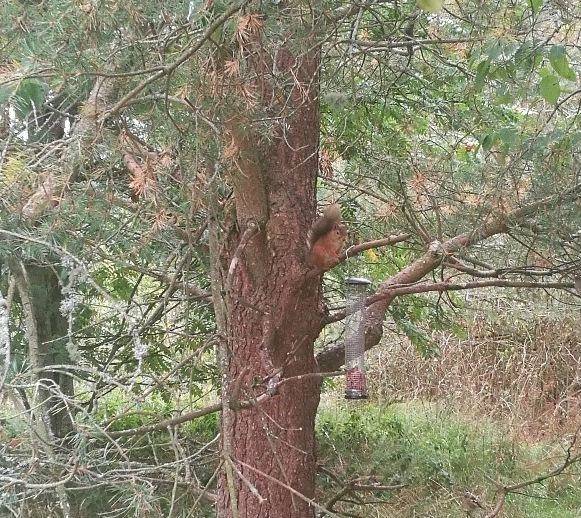 That evening was undoubtedly the highlight of our trip; we had booked in to spend a few hours in a purpose-built wildlife hide, nestled deep in the Speyside area. Once greeted by our informative and friendly guide, we got comfortable in the cosy room but remained alert, keeping a keen eye out for any signs of life. Luckily, we didn’t need to wait long. A tiny field mouse scrambled up the rocks, nibbling on the various treats that were left out by our guide.

But this was only the beginning. Around twenty minutes into the experience, a young badger cub sniffed his way into the clearing, and began feasting on the seeds directly in front of the windows. Slowly, he was followed by not one, but three other young cubs from the same sett! We sat in silence, watching in awe as they interacted and came into what seemed to be touching distance.

The star of the night however, had not yet emerged. We were told in advance that the pine marten had not been spotted in around a week, so we would be lucky if we caught a glimpse of one that night. Fortunately, the odds were in our favour and a young male appeared while the four badgers were still sniffing around! We were spellbound as we watched him climb and jump around a tree, in particular enjoying the peanut butter. At one point there was a strong wind which scattered all of the animals, which we thought had ended our encounter, but we were still delighted with what we had seen. 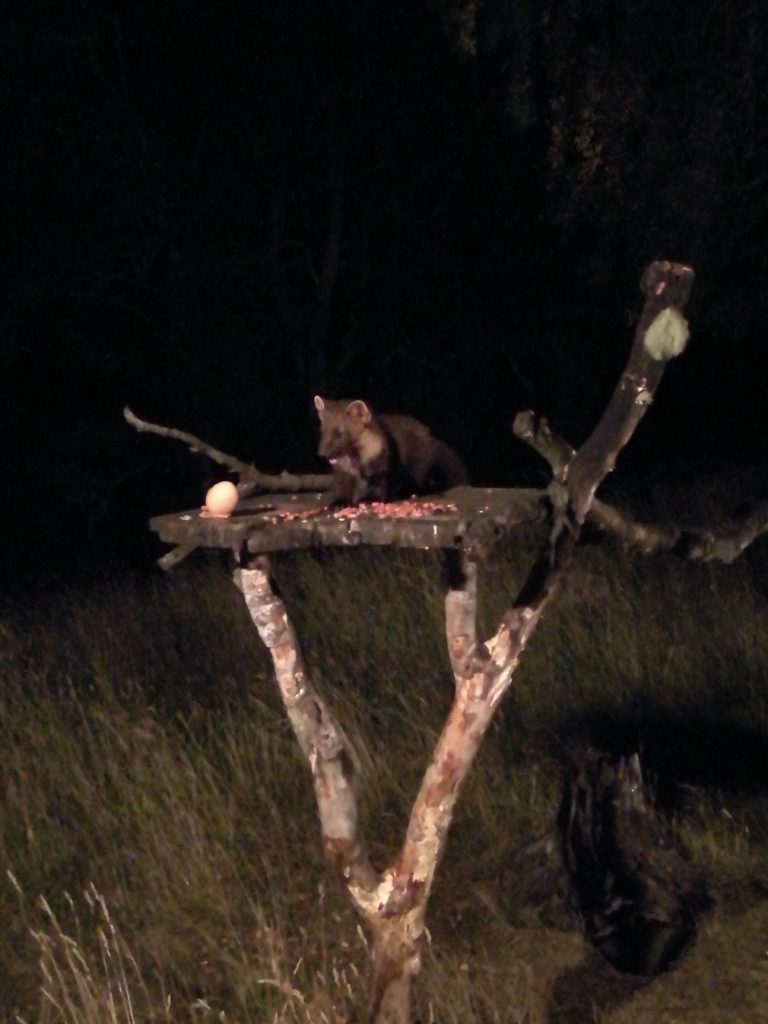 But luck was to strike once more – not only did each badger cub come back, but so did the young pine marten. The wildlife hide seared itself on my memory as an evening I would never forget. One of the only creatures I didn’t spot in the Cairngorms is the incredibly rare wildcat – perhaps next time!

The Cairngorms National Park is undoubtedly a haven for those who love nature and wildlife. Fortunately, McKinlay Kidd offer a specific wildlife holiday to allow you to have these experiences for yourself – or you can tailor-make any of our other holidays to include some wildlife watching activities.