Scilly allows visitors to step back in time, take their foot off the gas and submit themselves to the whims of this enthralling archipelago.

Lying 28 miles off Land’s End on the UK mainland, Scilly is made up of five inhabited islands – North to South: St Martin’s, Tresco, Bryher, St Mary’s and St Agnes – and around 140 others.

Top Tips for Your Isles of Scilly Holiday

Wander through the captivating sub-tropical Abbey Gardens on Tresco – and its collection of figureheads.

Climb the hill to the Elizabethan Garrison of Star Castle on St Mary’s.

Rent a bike and get lost between Hugh Town and Old Town on St Mary’s.

Enjoy the feeling of sand between your toes on the often-deserted beaches of St Martin’s.

Fall in love with the contrasts of beautiful Bryher; battered by Atlantic waves on one side, sheltered, crystal-like coves on the other. 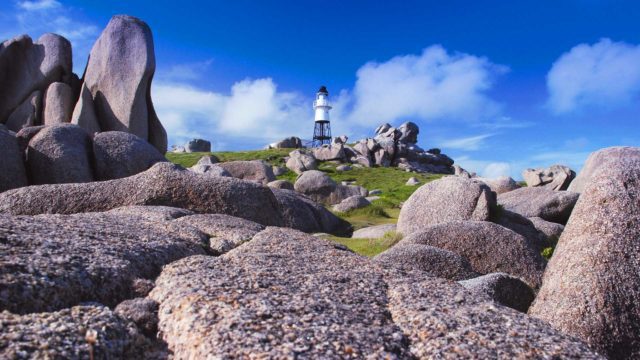 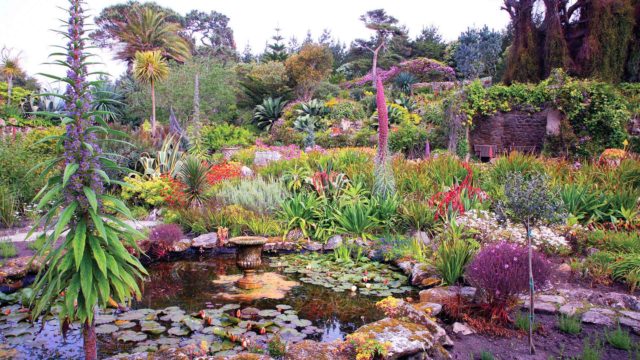 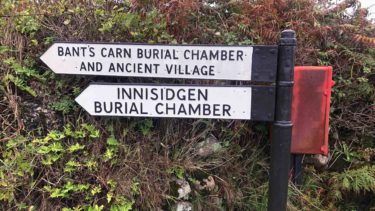 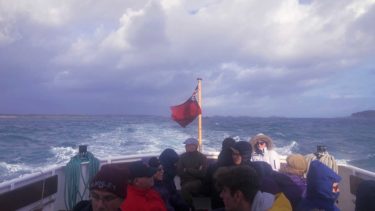 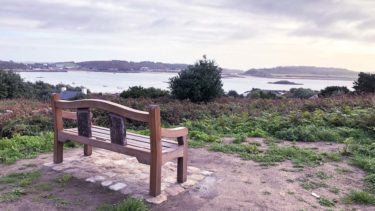 Hugh Town, the island ‘capital’ of the Isles of Scilly, on St. Mary’s is home to a string of cafés, bars, galleries and shops perched above the harbour, whose collection of craft seems never-ending.

Wander out of Hugh Town along Town Beach and cross the sliver of land to Porthcressa Beach before ascending to BuzzaTower and Neolithic Buzza Tomb. Later, head around the bay to historic St Mary’s Church, burial-place of Harold Wilson. There are several great places to eat and drink here, too.

On Tresco, the North-South divide sees the wild and bleak, heather-strewn moorland of the North contrast with the near (but not quite) bustling subtropical south and the Abbey Gardens, regarded as some of the UK’s finest. Dotted around the island is evidence of its well-guarded past, including two 17th-century castles.

Renowned for the quality of its beaches, St Martin’s is different in character again, and you’ll find stories of the island’s seafaring days, particularly that of 17th-century Admiral of the Fleet Sir Cloudesely Shovell. This thriving artists’ community features a number of galleries as well as the quirky and rustic Seven Stones Inn, where the freshest seafood meets Cornish ales and live music.

All visitors to Scilly arrive at St Mary’s, and the journey is a crucial and integral part of the Scilly experience. The archipelago’s own airline operates flights from Exeter, Land’s End and Newquay, providing plenty of options – indeed why not enjoy a few days touring Devon and Cornwall at the beginning or to the end of your holiday?

Travel in Scilly is mainly via the inter-island boats. The pace of life in Scilly is largely determined by their timetable, which is charmingly posted daily around the islands on blackboards and at hotel receptions. Each crossing, run by an association of local boatmen, costs no more than a few pounds and represents a way of life largely unchanged for centuries. Once on land, the islands are small enough to easily explore by bike or on foot.

Devon, Cornwall & The Isles of Scilly 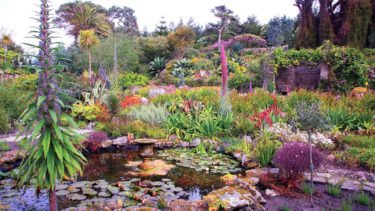 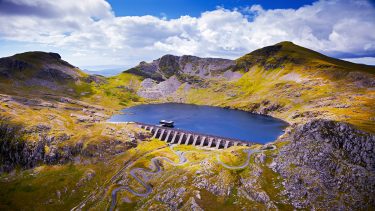